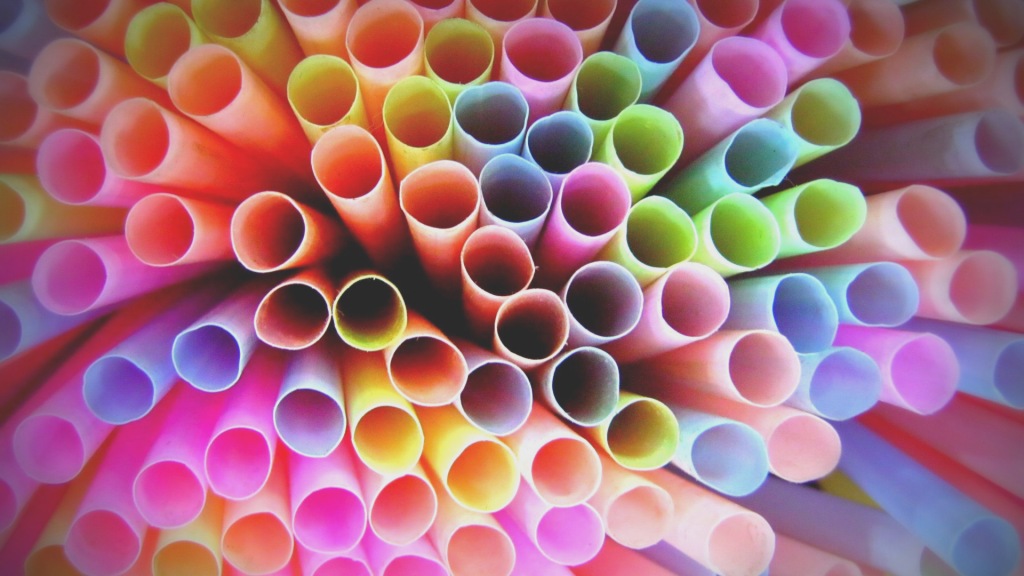 When you want feedback on your outfit from other fashion-oriented people, would you go to “Fashism”? Especially if, as the website and app said, you were “New To Fashism”?

Perhaps because fashion-forward women didn’t identify with Mussolini, Hitler or Stalin, this Ashton Kutcher-Demi Moore-backed startup performed as well as their marriage.

But if you think this is unique to tech — or to any company or product — think again. That’s because naming your company, product or service is hard.

Terrible names, ones that have nothing to do with your brand, are embarrassing or are unpronounceable, are more common than great ones. Why? A combination of trusting “naming experts” who are clueless; ignorance; narcissism; and hubris.

As for the feature photo: appetizing, isn’t it? Not only that, but Herpes offers free delivery!

Very often the founder(s) of a business insist that their own name — or a name they’ve created out of thin air — is the best. For example, and to protect the guilty, here’s a name that I’ve slightly modified from the original: Bestcof. What is that? Well, it’s the “best coffee.” This name has many problems but the worst one is that it has a hard “c” sound immediately after a “t”: try saying that. I told one of the founders (who admitted that no one had any idea what the name was when they heard it nor could anyone spell it) that you simply couldn’t have such terrible phonology (that’s the linguistic term for how something sounds).

Later on, I discovered that MIT had done a study which found that “tc” was the hardest letter combination to pronounce in the entire English language! But the other founder insisted that this had to be the name because he had conceived of it. End of story. Well, end of company. They don’t exist today.

How many times have you said to someone else, “There’s this great company/product/service, but I just can’t remember what they’re called!”? And even if you come up with a great name, selling it is harder.

Did you know that the  Swiffer was almost called EZMop and the BlackBerry EasyMail?

That’s because words like easy, EZ, simple, quality, best, kids, kidz, tech, tek are familiar and comforting. Which is why they suck and why many of your colleagues will stridently oppose the great names. So how do you get a great name and sell it? I’m going to show you exactly how I do it.

1. WHAT YOU SHOULD NEVER DO

Naming is not a democratic process. I have seen more horrible names from the “winner” via SurveyMonkey or votes around the executive committee table than through any other so-called process.

Substituting your own preferences for those of your target market is deadly.

3. NAMES THAT GOT GAME

Now it’s time to come up with candidate names. Or have your naming consultant or agency do this – because this is the hardest part by far. If you don’t love words and linguistics or have an ability to associate, relate, employ metaphors and allusions and to be brutally honest in your assessments, this may not be for you.

Magic, ideation and imagination – as well as research – play key parts. In some cases, a created word may be best; in many others, a portmanteau (a blending of two existing words: e.g., Facebook and Snapchat) or a portmanteau-like name, e.g., Pinterest (which deletes the doubled “in”) or Instagram (which is really a portmanteau based on prefixes and suffixes) can be very effective.

Remember that attributes are properties of names, but they’re not names themselves. You’re ultimately going to end up with some number of candidate names.

I prefer just two or three myself. But I’ll usually add a couple of extra ones in, even ones I don’t especially like. You’ll see why soon.

I have three sets of broad criteria that I use to see if a name’s got game:  Linguistic Criteria;  Branding Criteria; and  Intellectual Property (IP) Criteria.

Jay-Z is a lot easier to remember than Shawn Corey Carter (his real name). It’s also tougher and more “street,” both essential attributes for his business. If he’d been an investment banker at Goldman, Jay-Z’s card would have read “S.C. Carter.”

If a name is not evocative, it conjures up nothing and is rendered lifeless, dead. If a name is evocative but wrong, you’ll eliminate more than half of your market. Mr. or Ms. Hooker may be the nicest, most caring person on the planet, but that’s not going to help them here.

4. THE MATRIX (the naming process, not the movie)

Now comes the easy part — because you’ve already got buy-in on the attributes. Or perhaps it’s not so easy. After all, how could anyone in the world have thought that when you hear “ChubbyBrain,” you immediately think “Oh, yes, the funding recommendation engine!” But someone did.

Suppose you’re creating a new security-based company and want to call it  Freebird? Even the most ardent Lynyrd Skynyrd fan won’t endorse that because “security-based” and “freebird” are clearly at odds. Instead of that person’s saying, I love  Freebird because “it’s a great name,” they’ll say “I love the name, but it doesn’t work for us.”

5. EXCEPTIONS THAT PROVE THE RULE

Now, some of you may be thinking, “But what about successful companies with crappy names?” For every Oracle, there’s a Microsoft. For every Wells Fargo, there’s a First Community Bank of Podunk (CFBP). For every Method or Tide, there’s a … well, in pure CPG, it’s harder to think of terrible names that endured, isn’t it? Consumers are tough.

When the names are bad, the companies succeeded in spite of them, not because of them. After all, there are also successful companies with mediocre products.

On the other hand, there are also failed companies with great names.

BlackBerry isn’t on thin ice because of a bad name; it’s because the company didn’t adapt to smartphones until too late. BlackBerry didn’t understand the market, the same reason that original billion-dollar-dot-commer Webvan failed. Even good-to-great names won’t save you if you can’t bring your product to market or meet an actual consumer or business need.

iThere are no comments

Begin typing your search above and press return to search. Press Esc to cancel.